Would you like to Digitally transform your company but you don't know where to start?

Guilds42 offers you an innovative approach to your transformation, the first mile of a path to understand how to apply digital techniques and tools at the service of the specificities of your company.

Did you think you need huge resources, dedicated teams and time you don't have? All you need is a Reneissance-style shop.

In 6 weeks you understand, and then decide how to continue having a team ready to accompany you.

Transformation and innovation are a global priority but in most cases the programs fail, cost a lot and have uncertain or negative returns on investment. 2,500 Euros for your 42-day workshop, and go!

Have at your disposal 2 Professional Artists (Chief Digital Officers), 5 youngsters Certified to the teeth (your nursery), 6 weekly sprints, 3  Work progress status. 42 days and you will receive the PILOT in your hands.

What you get in "Bottega"

42 days and your vision takes shape in the Bottega and becomes a PILOT. The answers that help you understand, plan, decide. Choose certified people after having seeing them working in your Bottega. Then 5 options to continue your Transformation.

Which Shop would you rather open first?

"How to find new customers, using digital to acquire and above all measure online and offline"

"Start from scratch, then from positioning, to structure and enhance the Marketing, Sales and Customer Service functions'"

"How can I start selling online, starting from creating my digital catalog to be able to sell on Marketplaces"

"How to manage and improve my sales processes, online and offline to build a valuable relationship with the customer "

"With Alibaba.com you can connect manufacturers with foreign buyers and distributors. This Pilot guides you to open new commercial doors to the B2B world of your company"

"Activate an internationalization process by expanding your market and meeting your potential customers. Are you thinking about certain markets?"

Do you already know which Pilot you want to activate?

You don't mess arou nd and have had that project in mind for some time. Let's start!

Fill out the Brief to start with your Project

Enable us to have the information to get the ball rolling quickly. This is just a first questionnaire to introduce your company, what you already do and your goals. It only takes a few minutes. Thanks!

A Pilot is your Shop, the first mile of your transformation

What can you do at the end of the Pilot?

PILOT PLUS
Receive the Strategic proposal of the first mile, understand the effort and objectives and move on to the executive phase with the PILOT PLUS for another 42 days
HIRING
Evaluate the work done, select and directly hire 1 or more team members to develop the executive phase under your direct guidance.
TEAM ON RENTAL
Access the "Team on Rental" platform where you aggregate and rent for a specific period, and with a specific brief, a certified team with the skills required for development.
NEW PILOT
Choose from 9 different types of Pilots, often linked and / or consecutive. For example, once CRM & Sales is finished, it may be useful to develop LEAD GENERATION, or E-commerce, Alibaba ..
YOUR AGENCY
You pass all the work done to your trusted agency with which you will further develop the project. But now you will have the awareness to know how to proceed.
OUR AGENCY
Now that you understand what you need to leave, the artists and specialized agencies of the Guanxi Group will be happy to follow you in the development of your project.

Democratize the transition to your digital future 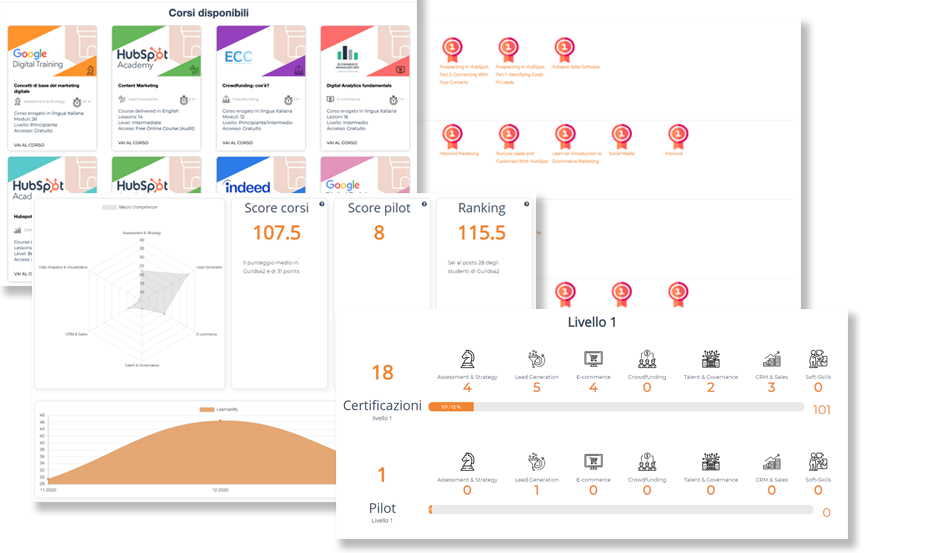 With Guilds42 an ecosystem is born where students, companies and professionals interact to learn digital by working together.

By registering and participating in the Guilds42 training course you can: 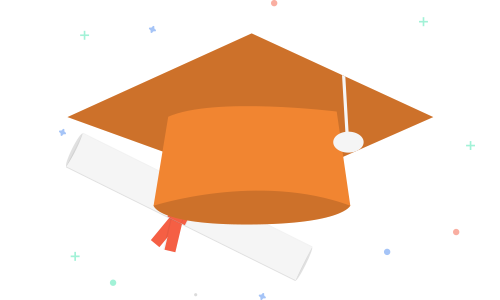 Get in the Knowing

Certify all your skills on a single Dashboard. Certifications issued by the largest digital operators in the world (Google, Shopify, HubSpot, Microsoft, Y Combinator). 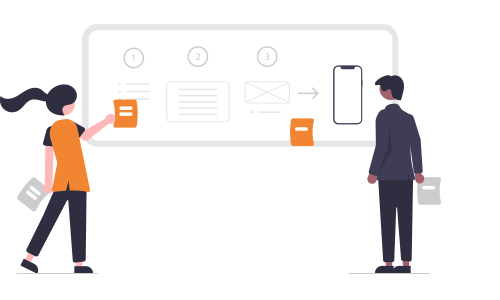 Having acquired the theoretical foundations, you enter the Bottega on real digital transformation projects by studying the digital fields that interest you most. Apply what you've learned to real business cases. 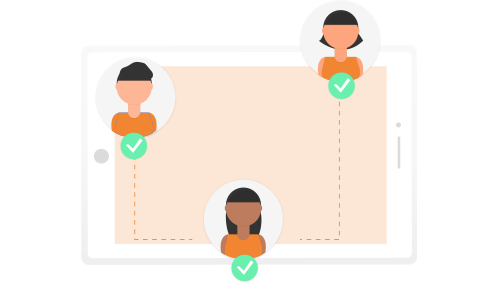 Knowing how to choose

Get in touch with thousands of students whom are facing the same course of study as you are. A real community with which to share experiences and results.

We want to offer a different model and more choice.

With an active PILOT training, you develop a digital project tailored to you, and start creating your own talent pool ... 42 days at a time!

The certifications of those who will work for you

Guilds42, through its platform, is able to train and certify thousands of young people online for free. Having obtained a sufficient number of certifications (score of 42), the students apply to enter the Bottega, where they measure themselves on real company projects.

Here are some of the over 200 Certifications they obtain in the Academy before entering the Bottega:

What do they say about Guilds42?

“With my Onlus "Made in Sipario" we have completed an E-Commerce Shop. A world of possibilities has opened up and the collaboration with Artists and Garzoni continues to this day."

“With my company we have completed 3 different shops: CRM, E-commerce and Lead Generation. The results exceeded our wildest expectations”

“We started a bit hesitant, given the different approach that was offered. We have now activated the executive phase of the first shop and a new CRM shop. Delighted” 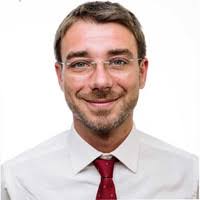 BOOK YOURSELF 15 MINUTES TO GET TO KNOW US

Does it seem too complex? Set up a call, and in 15 minutes we'll take you around the shop showing you what interests you.

you are probably wondering

What the hell is a Guild?

The guilds of arts and crafts, or guilds, were associations created starting from the 12th century in many European cities to regulate and protect the activities of members of the same professional category.

The word "corporation" was actually coined in the eighteenth century by those who advocated its abolition.

When they existed they were called métiers ("professional bodies") in France, guilds ("guilds") in England, Zünfte in Germany, gremios in Spain, grémios in Portugal.

In Italy they had different names from region to region: arts in Tuscany, fraglie in Veneto, paraticians in Lombardy, gremi in Sardinia, society of arts in Bologna, colleges in Perugia. Often the official name was universitates or collegia in Latin.

Their rigorous "quality control" and the political role that the major arts assumed in the life of the municipality were the key element that led Florence to become one of the richest cities in late medieval Europe.

Almost a thousand years later we feel it is time to renew and adapt their original model to today's society and economy.

In the 12th century, guilds (or guilds) were medieval institutions that organized every aspect of the economic life of a city, formed a societal network that integrated and partially compensated for family ties.

The masters of the guilds, who owned the means of production, hired apprentices. These latters (the "boys") could work through a long career without ever becoming a master. The quality of their work was guaranteed through the strict supervision that was carried out in the shops.

Garzoni, artisti, mecenati: what do they stand for?

Garzoni are the reneissance word to refer to apprentices, meaning all people looking to build professional opportunities by developing digital skills. They undertake a course of study and certifications within Guilds42 and then land in the workshops, or the projects in which they work by putting into practice the things studied. Leonardo Da Vinci was a "garzone" of an Artist for over 12 years.

The artists are digital professionals, CDOs, expert Consultant... those who are capable of running a shop and “teach” the boys how to work for a real company project. Verrocchio was the Artist teaching Leonardo in the shop for 12 years.

Mecenate are the Reneissance term for Patrons. Now-a-days are the companies that decide and commission the projects that are developed in the workshops. Lorenzo De Medici and other Florentine families were the real engine of Reneissance.

What are "Botteghe" and what is the difference with a "Pilot"?

The Pilot (or Botteghe) are the same thing. Think of it as a shop where the real projects commissioned by the companies (Patrons) gets worked on; the practical mean through which the apprentices learn to do the work concretely.

To access the shops, each apprentice must have achieved a minimum score of 42 points, given by the sum of the points received from each single completed certification.

Botteghe and Pilot are the same thing. We use different terminologies because we believe it is important to emphasize the fact that they are "training projects". Furthermore, the word Pilot explains much better the concept of "the beginning of a route, the first mile". The word Bottega cannot explain this concept transparently.

What is the path of the apprentices that I will have in the shop?

All the apprentices who enter the Bottega have independently completed a certification course in the Academy. Each course assigns a score in the Dashboard. Only when they reach a score of 42 can they apply to the starting shops. At this point it is the Master of Arts who directs the Workshop to evaluate them and choose, among all the candidates, the best 5 to start the work.

No, in Academy you will find paths related to Web Technologies such as Coding, AI & Machine Learning (Element of AI), Innovation Startup by Y Combinator, Cloud & Database, Data Analytics & Visualization, Chatbot & Automation. In the same way, workshops will be born in these areas. Everyone in Guilds42 chooses his own path, compatibly with his own time, past commitments, his own ambitions. The important thing for Guilds42 is to return to providing choices to people who don't have them today.

How do I open my first Bottega PILOT?

It always starts with a first introductory interview with the Guilds42 referent and with the Master of Arts (the artist who will lead your workshop). The second step is the completion of a detailed Brief by the Patron. The completion of the brief becomes a declaration of intent which is followed by the sending of the "Order Form" contract and the Invoice for 2,500 Euros. Upon payment (in advance) of the invoice, the Shop is published on the Academy, applications are received, the kick-off date is evaluated and set. From that moment on, the work was completed in six weeks, delivering the final output to the Patron.

What do I do if I am confused about which Pilot is the most suitable for my needs?

It is normal at the beginning of a journey to have a little confused ideas. On the other hand, the entrepreneur often does not have all the information to be able to decide with certainty the beginning of the journey. For this we have created a PILOT FINDER, visible at this link https://www.guilds42.com/project-finder.

With the PILOT FINDER you can answer the 15 questions by assigning your level of priority to each proposed point. At the end, the system will automatically propose one or two solutions that best meet your specific needs.

Consider it a useful guide to understand the initial path for your journey.

Alternatively, it is always useful to arrange a call with a Guilds42 contact person. This link can help speed up: https://app.hubspot.com/meetings/andrea-alfieri1

Where can I see the details of how the PILOTs work?

Above in this website you can see all the PILOTs available with an initial description. Below each description you will find a "GO TO PILOT" button. Select it and you will find a specific presentation on each type available. There you will be able to see the details of the activities scheduled for each weekly SPRINT as well as other fundamental information on how everything works. Maximum transparency!